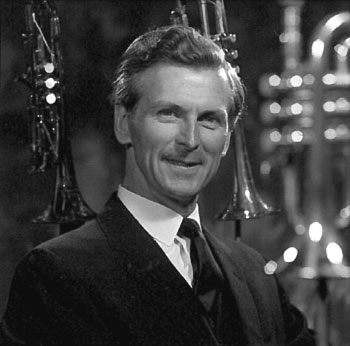 He studied at the Royal Military School of Music from 1945 to 1946 and at the Royal Academy of Music with George Eskdale between 1950 ­and 1953, and also studied privately with Ernest Hall. He moved to Toronto in 1954 where he worked as an extra player for the Toronto Symphony Orchestra, the Pro Arte Orchestra under Victor Di Bello, the Hart House Orchestra, and in orchestras for the Canadian Opera Company and the National Ballet of Canada. He was soloist with several choirs, among them the Festival Singers of Canada and the Orpheus Choir of Toronto.

He founded the Gabrieli Brass Ensemble, whose 4 to 12 members performed in the late 1960’s in Toronto churches. After winning a Toronto Bach Society scholarship in 1960, he studied baroque trumpet from 1960 to 1962 in Boston with Armando Ghitalla. In 1968, under a Canada Council scholarship he studied with Edward Tarr in Basel, Switzerland. Mr. Oades played from 1963 to 1969 with the Stratford Festival Orchestra, for which he was also personnel manager in 1968, and he coordinated its annual chamber music workshop between 1966 and 1969. He moved to Ottawa in 1969 to join the National Arts Centre Orchestra. He resigned in 1974 to concentrate on teaching, but continued to appear frequently as a soloist in Ottawa. He performed Handel’s Music for the Royal Fireworks on baroque trumpet in Basel with the Edward Tarr Brass Ensemble. He also played with the 12-­member Ottawa-­based Classical Brass from 1982 to 1984, which performed on CBC radio and toured regionally.

Mr. Oades began to teach privately in Toronto in 1954. He taught at the Brodie School of Music and Modern Dance between 1965 and 1968, gave master classes for the North York Board of Education (Toronto) from 1965 to 1969, and taught for the Association of Hebrew Schools of Toronto between 1966 and 1969. He began teaching trumpet at the University of Ottawa in 1966 and at Queen’s University in 1969; he continued to teach at both universities in 1991. He was guest professor at the University of Michigan in 1986. Highly regarded as a teacher, Mr. Oades frequently acted as an adjudicator and examiner. Mr. Oades performed on recordings of Handel’s Music for the Royal Fireworks with the Telemann Society of New York in 1961 (Vox STDL-500‐750) and the Edward Tarr Brass Ensemble in 1976 (Erato STU-­70‐944/Mus H Soc MHS-­4505), the latter on baroque trumpet, and on a recording of Schütz’ Christmas Oratorio with the Studio de Musique Ancienne de Montréal in 1980 (Damzell DLM-­813), also on baroque trumpet.

He continued to teach private students and remained actively involved with former students until his death at 88 years old.

The Trumpet Shall Sound! – tribute to Bob written by Nick Atkinson in December 2001 edition of Da Capo, newsletter of the School of Music at the University of Ottawa